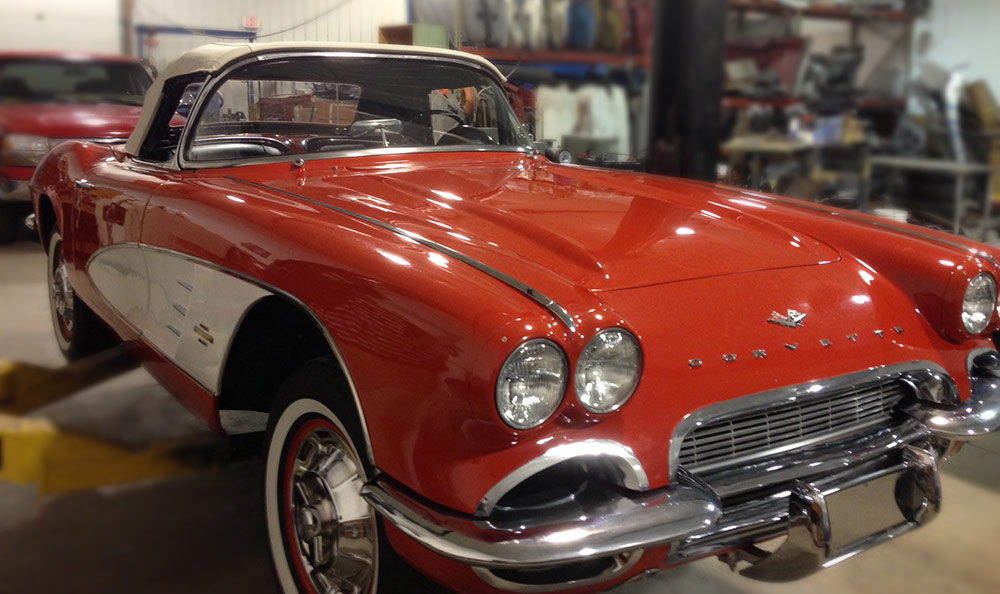 Rare Unrestored 1961 fuellie car. Discovered in the back of a warehouse (heated) and purchased from second owners estate. It had been stored there for over 12 years. The car appeared to be a standard 283 4 barrel, automatic car, very clean no rust. The engine had engine work done on the heads and decked but besides this everything appeared to be original. We cleaned up the car, new fuel lines/dropped cleaned gas tank,new fill hose, new straps, checked/cleaned brakes and lines. Checked motor, rebuilt carb, went thru wiring harness, replaced voltage regulator, replaced convertible top. As we went thru the car we found out that it had been a four speed car, replaced in the past w a aluminum 2 speed automatic. . The car started right up with no problems except for a bad tac, drove the car as personal car for two years no issues.

Had corvette collector look at the car for purchase and he mentioned a couple of parts on the car that suggested it was a fuel injected fuellie car. This peaked my curiosity, so i drove the car to a corvette restoration/repair shop nearby and after a close examination by the corvette expert he said he was positive it was a fuellie. I was told that on the fuellie corvettes owners and mechanics did not understand them well enough to keep them up so at the first sign of trouble they would replace them with carbs and the fuel injection system would end up in the trash. Since then I have had several experts here in Michigan look at the car and confirm it is a real fuellie.

Car has factory Posse rear end, as indicated by the pictures showing a huge P on rear end next to GM casting marks,posse rear ends are mostly found on fuellie cars and are a very rare option from the factory. Also has Tag w notch from the assembly/factory still attached to the bolt as in shown on pictures. Again factory option, not dealership add on, the big P marking on rear end was only on factory installed posse rear ends. The corvette experts tell me this rear end alone is worth over $2k.

Details Only Found on Fuellie Cars

- Has a large hole in center of firewall
- Washer bottle bracket still on passenger side wall (glass bottle gone), no holes on opposite side for water bottle
- Holes and bracket on drivers side for air intake on fuellie
- Knock out hole front drivers side below core support, cold air intake for fuellie
- Original generator for 315hp fuellie, w correct bracket

Car is great shape, runs and drives excellent no rattles or shakes, brakes well, has no known mechanical issues. Very nice interior no rips or tears. Very good chrome and trim, tires are great 85%+ tread. The car appears to have had a second paint job over the original, but painted to original color. The vehicle has never been restored, nice and clean car with no rust issues, stored indoors no winters. All the original/correct date codes on block, water pump, intake, etc., but rochester fuellie system is long gone before i ever owned car. The car has had head work done and was decked so no numbers there on engine, again it has correct dates on rest of the motor and parts. 2 speed aluminum automatic transmission, not original to car, manual transmission is long gone.

Buy or Have Us Restore It For You!

Want a nice ex fullie car that you can afford and enjoy driving today? Here you go. Want car you can restore in a year and double your money or restore and keep for your collection? Look no further. Any questions please call. 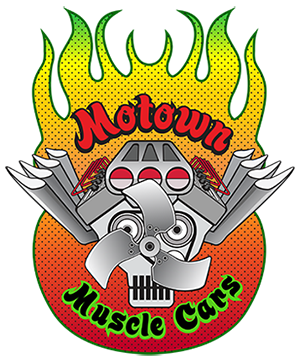